Dry ice blasting is also known as CO2 blasting or dry ice cleaning. This method of cleaning uses equipment that was designed specifically for mixing dry ice with compressed air. The compressed air in the machine will push the dry ice pellets through the hose and will blast the object at hand. The pellets will leave the hose a nearly a supersonic speed onto the surface of the object, then the dry ice will turn to a gas. Once the pellets have converted to a gas, the quick expansion of the CO2 will aid in removing all surface-level contamination. This unique method of cleaning produces zero waste, other than the contaminates of the surface that is being cleaned.

The cleaning process of dry ice blasting follows three chronological steps: the speed and mass of the CO2 pellet or the kinetic energy, the difference in temperatures between the CO2  and the residue or the thermal shock, and the CO2 gas expansion or the thermal-kinetic effect.

When compared to other blasting techniques, like sandblasting, dry ice is less dense and overall softer. During the cleaning process, the machine will use the compressed air to quickly push the dry ice pellets out of the hose at near-supersonic speed. Once the pellets hit the surface of the object at hand, they will instantly turn to gas and will transfer energy to the surface. The method will softly clean with minimal abrasion or damage.

Once the pellets have converted to the CO2 gas, the gas will spread and the volume will exponentially grow to 800 times large than the original pellet. The gas will expand quickly, which will allow the residue to lift or from the surface of the object.

What Our Customers Are Saying 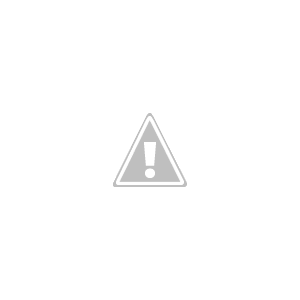 First Response of Columbia SC
4.7
Based on 18 reviews
See all reviewsWrite a review

Wesley McManus
19:00 30 Sep 19
First Response is a first class operation. They have assisted our company and myself multiple times over the years; ranging from storm damage of projects under construction, a flooded bathroom, burst hot water heaters, mold clean-up and future mitigation in rental properties, and the delivery and rental of equipment used to self perform jobs.Their response times are incredibly fast and their staff has proven themselves to be courteous, professional, knowledgeable, and always willing to help. Going the extra mile is just what they do!!!I cant recommend them enough.

Christopher Livingston
14:39 27 Sep 19
Excellent service all around! Response time was under 30 mins. If you ever have Water,Fire, Mold damage or even storm damage call First Response ! They can and will handle anything small or large !!

james johnson
14:38 27 Sep 19
Awesome company to work for. Love all of my managers and bosses. I look forward to a great day everyday at work, which I really do have a great day. Awesome work environment. Our customers are always satisfied with any work that we do for them whether it’s a fire, water, or mold damage, we always get things done in a timely manner and our customers are always happy from beginning until the end. I highly highly recommended our company for any needs that you possibly have because we are just the best at what we do 😁

Joe Berendzen
13:13 27 Sep 19
First Response was quick to send a representative out and immediately started working. The entire process was handled professionally and the employees were very knowledgeable of the work being done. I will use First Response again if needed and I have referred their work to family and friends.

Luke Godwin
11:59 27 Sep 19
First Response is a great locally owned restoration company. Fire or water damage they are professional in every way and are quick to repair damage. I trust them to take care of my home if I have any type of unforeseen damage.

Wes Shull
01:17 29 Jul 19
Jason Snyder is awesome. I can’t say enough about him. He always goes out of his way for his customers to make sure jobs are performed awesome and in a timely manner. This company is high recommended!!!

Wes Shull
01:17 29 Jul 19
Jason Snyder is awesome. I can’t say enough about him. He always goes out of his way for his customers to make sure jobs are performed awesome and in a timely manner. This company is high recommended!!!

Ryan Lucas
22:02 13 Jun 17
First class service! My only regret was not calling them 4 or 5 hours earlier. Brian, Chris, and team were quick to assess the situation and work with me on a custom remediation plan. They explained everything, including pros and cons of the various options, clearly and completely. I hope I never need this type of service again. But, if I do, I know who to call.

Stephen Shales
16:14 17 Aug 15
I have not had to used their services but I have met their staff and feel very confident they would do what they say they will do.

Amanda Duke
21:08 20 Nov 12
First Response did a superior job of remediating water damage to my home. They were the second company that I called but the only one that I will call in the future. They take their jobs seriously and completely understand the meaning and value of delivering outstanding service. Not only did they correct the problems created by the first remediation company, but they went above and beyond to ensure that their work was done properly and expertly. Robert and Josh and the entire team earn my highest recommendations for service and expertise.

Christina Myers
19:53 31 Oct 12
May 31, 2012 my husband and I were notified that we were being forced to move out of our home, at no fault of our own. Needless to say, this news caused a lot of stress for us! My employer, Robert Pulliam - President of First Response, understood the emotions I was going through and offered the company's services to assist in the process of moving. He also allowed me the time off needed to prepare for the move. My husband and I worked diligently over the next month to have everything packed up and ready to be moved out. On the afternoon of June 29th, Robert and a couple of our co-workers came to our home and moved everything out. It was such a tremendous blessing to have the extra man-power!! First Response has extraordinary leadership and support staff, and I am certainly proud to be part of such an amazing group of people!
Next Reviews

Dry ice is a non-toxic cleaning method that eliminates the need for harsh or hazardous chemicals. Also, the costs associated with dry ice blasting is low and manageable. Also, dry ice blasting is extremely time-efficient and effective. The quick process reduces downtime and optimizes cleanliness. The process of dry ice blasting also reduces the risk of secondary contaminates and is an approved method of cleaning by the FDA, EPA, and USDA.

How We Use Dry Ice Blasting

Dry ice blasting can be used for a handful of different commercial and residential cleanings from cleaning industrial ovens to removing graffiti. Due to the high efficiency and quick turnaround time, dry ice blasting is one of the best cleaning methods. At First Response, we use dry ice blasting for several different restoration services, however, we primarily use the method for fire damage restoration and mold remediation.

Dry ice blasting for mold removal and remediation allows for faster, more effective mold cleaning. By using this process to remove mold, we can quickly remove the mold from the surface without any scarping or manual sanding. This method is also significantly safer than traditional mold remediation techniques because it eliminates the need for harmful or toxic chemicals. Additionally, dry ice blasting will remove and kill all mold in just one use and will not create any secondary damages, which will ultimately speed up the remediation process.

First Response has been performing restoration services across Columbia and surrounding areas for years, and are leaders in the industry. We strive to provide our customers with the best, most transparent services and efficiently restore your property to give you back peace of mind. We offer a 1-hour response guarantee to ensure your loss is our top priority. If you have a restoration emergency, call us our 24/7 emergency hotline today!